Have you noticed the Red Velvet squad in the famous TV drama “Descendants of the Sun”? The popular girl group – Red Velvet, made a cameo in the drama’s last episode. Although, this was not the first time that the “quintet” impressed their fandom with their presence. It’s happening since the debut of Red Velvet in 2014.

SM Entertainment launched Irene, Seulgi, Wendy, Joy, and later Yeri, under a single Kpop band, called Red Velvet. The group name signifies the bold and classy image of the members. Red represents the bold and bright part while velvet reflects the classy and mature side. ReVeluv is the fandom name of Red Velvet which simply means, Red Velvet’s Love.

Here’s a detailed profile of each member of Red Velvet. You’ll get to know about Red Velvet members age, height, weight, and a lot more! 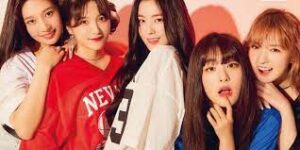 Irene is a South Korean Idol and the leader of Red Velvet. She was born on March 29, 1991, in Daegu, South Korea. Irene Red Velvet age is 31 years. Her birth name is Bae Ju Hyun. However, people also call her Baechu and Hyun-ah. Cat and Rabbit are her representative animals. Irene’s height is 160 cm (5’3”) and she weighs approximately 44 kg (99 lbs). She’s allergic to chicken and also dislikes coffee. Interestingly, she loves making seaweed soup for the member’s birthdays. Before debuting with Red Velvet, she was a part of the SM Rookies team. She cleared the public auditions round to become a member of Red Velvet. Her specialized fields are acting and dancing. Hence, you may see her featured in multiple Korean dramas and movies.

Seulgi’s full name is Kang Seul Gi. She’s the main dancer and the lead vocalist of the group. Seulgi was born on February 10, 1994, in Ansan, South Korea. Kkangseul, GomDoli, and Teddy Bear are some of her nicknames given by her mates. She’s currently 28 years old. Seulgi is the second tallest member of the group with a height of 164 cm (5’5”). Her weight is around 44 kg (97 lbs). She was also in the team of SM Rookies before her debut with Red Velvet and was the first member to be revealed. She was cast in the team through public auditions. Seulgi was quite popular in the Korean music industry even before she joined Red Velvet. She was featured in several songs pre-debut.

Wendy Son is the main vocalist of the group. Her Korean name is Son Seung Wan. But people like to call her by nicknames – Olaf and Wan-ah. She was born on February 21, 1994, in Seoul, South Korea. Her height is 160 cm (5’3”) and her weight is 47 kg (104 lbs). Wendy is experienced in playing piano, guitar, flute, and saxophone. She finds joy in doing simple things like cooking, walking by Cafes, and exploring rare songs. She also had a Youtube Channel which she deleted later. During the rehearsals of 2019 SBS Gayo Daejeon, Wendy fell off the stage. She got severely injured because of the incident and took a year off to recover. Luckily, after a year of her recovery, she made a comeback with her solo debut album “Like Water”.

Joy’s birth name is Park Soo Young and she was born on September 3, 1996. She spent her childhood on Jeju island, South Korea. Red Velvet Joy age is 25 years and she is the tallest in the group. Her height is 168 cm (5’6”) and she weighs around 49 kg (108 lbs). Joy is often called out with nicknames, Doongdoongie, cute joy, and Malgeumi. She was selected as a member of Red Velvet through the 2012 Global Audition that took place in Seoul. Joy is the selfie queen of the group. She has also acted in many dramas including “The Liar and His Lover” and “The Great Seducer”. In 2021, SM Entertainments and P NATION confirmed her relationship rumors with the hip-hop singer Crush.

Yeri is the Maknae of the group. Her birth name is Kim Ye Rim and her English name is Katty. Yeri’s favorite singer is Ariana Grande, so people call her by the nickname – Yeriana. Red Velvet Yeri age is 23 years as she was born on March 5, 1999. Like Wendy, she is also a native of Seoul, South Korea. Her height is 163 cm (5’3”) and her weight count is 49 kg (108 lbs). Yeri joined Red Velvet in 2015, a year after their official debut. The first time she walked in high heels was for the Red Velvet’s “Automatic” MV. Yeri is the social butterfly of the group. Her ideal type is someone who is mannerly and caring. If you want to impress Yeri, just make Tuna Kimchi with fried Rice for her.

What is full form of RV?

Who is Most Popular Member of Red Velvet?

Who is Maknae of the Red Velvet?

Yeri is the youngest member of the Red Velvet Group.

Red Velvet is recognized as a popular girl group, not only in South Korea but around the world as well. The five hearts of Red Velvet have become global stars with their amazing music skills and consistent hard work. They are loved and adored by their fans and Kpop-loving audience. They keep experimenting with different styles of music and also push their abilities to bring out the best in them. So, all the Kpop lovers and ReVelvu, keep supporting your Idols in their musical journey!