Welcome to the BTS army if you’re new. This boy band earned many nominations for the Billboard Music Awards and the MTV Video Music Awards, establishing themselves as some of the top musicians in the music business. However, while introducing themselves during interviews, the members of this K-pop group frequently use their stage names.

You may be wondering what are the bts members full name. Only the first or final syllable of a person’s given name is sometimes used to refer to them. BTS member Kim Seok-jin, whose stage name is also his “nickname,” Jin, belongs to the K-pop groups. In this post, you will acknowledge the bts members real name.

Following are the Full Name of BTS Band Members 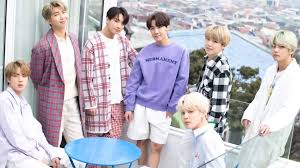 RM, full name is Kim Namjoon, he is the band’s leader and founding member. His former stage name was Rap Monster. After hearing Epik High’s “Fly” for the first time in the sixth school, he began rapping. When RM was in middle school, he began rapping under the moniker Runch Randa, which led to his joining the Daenamhyup rap gang.

Jungkook’s full name is Jeon Jeongguk, and he is a well-known member of BTS. He’s also the band’s youngest member, earning him the title of BTS’ Golden Maknae. Jungkook was found when he auditioned for the third season of Superstar K in his hometown of Busan. His nickname is Kookie. Although he was eliminated in the audition rounds, the programme provided him with enough exposure to be spotted by at least seven agencies, including JYP Entertainment, FNC Entertainment, and Starship Entertainment.

V’s full name is Kim Taehyung, and he is the son of Daegu farmers. V began playing the saxophone in high school at his father’s suggestion to become a musician. He then joined a buddy to a Big Hit Entertainment audition in Daegu. V had no intention of auditioning and was simply there to support his buddy, but a Big Entertainment staff member noticed him and pushed him to do so. After calling his father for permission, V auditioned on the spot and became the only person from Daegu to advance to the next round that day. He ultimately joined BTS and is now one of the group’s vocalists.

Suga, whose actual name is Min Yoongi, began his career as a rapper in high school under the moniker Gloss. He made a name for himself as a rapper and a producer in a short amount of time. In his birthplace of Daegu, he was recognised for creating and arranging beats for local musicians like the Korean band D-Town. Suga began creating tunes for additional well-known musicians soon after, including Reflow, who collaborated with Suga on his single “Who Am I.” After seeing a flier for Big Hit Entertainment’s “Hit It” rap competition, He decided to audition.

Kim Seokjin is Jin’s full name. He’s not only Mr Handsome Worldwide, but he’s also a singer and the group’s oldest member. Some BTS fans just refer to him as the “mother” of the group, as he is witty and compassionate. SM Entertainment spotted Jin as he was strolling the streets of Anyang. Fortunately for him, Big Hit Entertainment was able to track him down as a college student. When Jin left a bus, an agent from Big Hit Entertainment approached him and convinced him to join the group.

Jimin’s full name is Park Jimin. A dancing teacher urged Jimin to audition for Big Hit Entertainment while a student at the Busan High School of Arts, where he trained under the Department of Dance. Jimin was transported to Seoul, where he became a trainee, after passing the audition in his birthplace of Busan. Jimin’s training was the shortest because he was the final member. In 2013, he made his debut alongside the other members of BTS.

J-Hope, whose full name is Jung Hoseok, was a well-known dancer before joining BTS. Before auditioning for JYP Entertainment, he was a member of the dance team Neuron in his birthplace of Gwangju. J-Hope was finally removed from JYP after making a few rounds, prompting him to apply for Big Hit Entertainment instead. Big Hit Entertainment spotted J-potential Hope’s as a rapper and signed him as a trainee because of his dance talents and sense of rhythm.

These are BTS Members full name. Legal names, like ages, are handled differently in South Korea. A person’s family name is mentioned first in Korea, followed by their given name. These names differ from those in the United States, where people’s given names are presented first, followed by their surnames. Korean family names are traditionally one syllable long, with no middle names. That’s, why to attract more fans bts members names, were changed with nicknames all around the world. We hope that you acknowledge the bts all members name.